What is Nuclear Energy?

Nuclear energy is the energy released during a nuclear reaction. This reaction can be either fission, which splits atoms to release energy, or fusion, which joins atoms together to create energy. Nuclear energy is used across the globe to generate heat, produce electricity, and power ships.

Nuclear energy has the potential to provide many benefits to the world, both environmentally and economically.

Nuclear energy does have some drawbacks, however, that must be taken into consideration.

Nuclear energy is one of the most important sources of energy available. It has the potential to provide large amounts of reliable and environmentally friendly energy. However, nuclear power does come with some drawbacks and potential risks that must be taken into account.

Profile credentialEnlightened
In the real world, science is everything. Physics accounts for so many phenomenon that occur in our daily life. Physics is fun! You should also love Physics.
Previous article Why liquids are poor conductors of Heat
Next article Earth magnetic field 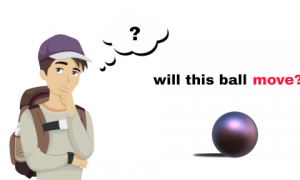