Sir Isaac Newton first presented his three laws of motion in the “Principia Mathematica Philosophiae Naturalis” in 1686. His third law states that for every action (force) in nature there is an equal and opposite reaction. In other words, if object A exerts a force on object B, then object B also exerts an equal and opposite force on object A. Notice that the forces are exerted on different objects.

For aircraft, the principal of action and reaction is very important. It helps to explain the generation of lift from an airfoil. In this problem, the air is deflected downward by the action of the airfoil, and in reaction the wing is pushed upward. Similarly, for a spinning ball, the air is deflected to one side, and the ball reacts by moving in the opposite direction. A jet engine also produces thrust through action and reaction. The engine produces hot exhaust gases which flow out the back of the engine. In reaction, a thrusting force is produced in the opposite direction.

Profile credentialEnlightened
In the real world, science is everything. Physics accounts for so many phenomenon that occur in our daily life. Physics is fun! You should also love Physics.
Previous article [Explained] Newton’s Second Law
Next article Features of a common thermometer 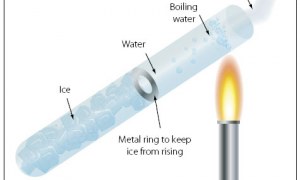 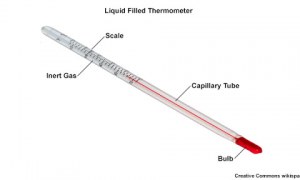